"Steinhoff accounting fraud":
Recent Developments and How to Proceed as an Investor

The settlement negotiations are ongoing. We ask you for your understanding that we do not share any further information at this time.

The Higher Regional Court of Frankfurt has ordered that the Capital Markets Model Case proceedings against Steinhoff International Holdings N.V. be stayed due to the pendency of settlement negotiations. The parties, the Model Case Plaintiff (represented by TILP) and the Model Case Defendant, Steinhoff International Holdings N.V., have both petitioned that the court orders to stay the proceedings due to the pendency of settlement negotiations. Before this background, the oral hearing in the Model Case, which originally had been set to take place on December 18, 2019, has been canceled by the Higher Regional Court of Frankfurt. We ask you for your understanding that we cannot not provide any further information at this time.

Steinhoff International Holdings NV (hereinafter referred to as Steinhoff) informed the capital market on the evening of December 5, 2017, by means of an ad-hoc announcement, of accounting irregularities in the course of the preparation of annual financial statements and of the subsequent resignation of CEO Markus Jooste, resulting in a dramatic decline in the Steinhoff share price. While Steinhoff continues to work with external auditors to conclude the 2017 financial statements, the 2016 consolidated financial statements of the Company will need to be restated and can no longer be relied upon. Due to the restatements, the 2016 and 2015 financial statements of Steinhoff International Holdings Proprietary Limited can no longer be relied upon. At this time, the extent of the accounting irregularities can not be quantified in numbers, nevertheless, there is no doubt that the balance sheets contain significant errors.

Auditors are currently examining the facts in order to be able to draw a precise picture of the financial situation as soon as possible, and a final report is pending. However, it has already become apparent that false accounting took place in a significant manner, as can be seen in the Steinhoff International Holdings N.V. 2018 semi-annual financial report, which reports a balance sheet adjustment of more than € 10 billion.

WHAT DOES THIS MEAN FOR YOU AS AN INVESTOR?

It is our legal conclusion that Steinhoff is liable to investors for damages suffered due to incomplete capital market communication and false financial reporting. Depending on each financial instrument and time period, there are different legal approaches and recovery opportunities available. The transactional data is the decisive factor when it comes to choosing the path that is right for you. We recommend that investors send us their transaction data for a cost free analysis. Investors, shareholders and bondholders, should then take our analysis and options for action into consideration to carefully decide what to do.

Based on the facts and circumstances known at this time, it is our legal opinion that those shareholders who own Steinhoff International Holdings N.V. (ISIN: NL0011375019) purchased between December 7, 2015 and December 5, 2017 have very good prospects for success. In addition, those shareholders that have acquired SIHL shares between June 26, 2013 and December 6, 2015 also have a positive chance of recovering damages for this time period.

HOW TO PURSUE CLAIMS FOR DAMAGES?

Our law firm filed a lawsuit against Steinhoff on December 19, 2017 on behalf of an aggrieved shareholder. We have concurrently filed a petition requesting a lawsuit under the Capital Markets Model Case Act (KapMuG), setting the course early on for Steinhoff to go to trial before the Higher Regional Court of Frankfurt. The KapMuG proceedings offer aggrieved shareholders and bondholders the opportunity to jointly litigate their claims before the Higher Regional Court in one and the same case, and to have that court clarify the crucial factual and legal issues for all of the investors. In this respect, the KapMuG procedure is somewhat comparable to a class action. Investors can base various claims on several legal grounds pursuant to German as well as Dutch law, both of which provide grounds for relief due to the incorrect financial reports. While the legal measures that can be taken depend on a number of variables, such as purchase date and type of financial instrument, we would like to stress that not only investors who purchased on the Frankfurt Stock Exchange (FSE) but also those who purchased on the Johannesburg Stock Exchange (JSE) are encouraged to submit transaction data for analysis.

While it is to be expected that key issues on liability will be resolved for investors in Germany through the model case procedure under the KapMuG, TILP is also active on a cross-border level in order to provide all affected investors with optimal positions for recovery. TILP therefore cooperates with law firms and experts from several countries, in particular the USA, the Netherlands and South Africa. As part of this, the cooperating lawyers of LHL Attorneys Inc. have filed a request for certification for a class action lawsuit with the High Court in Johannesburg, South Africa, and TILP continues to assist its South African colleagues with this proceeding. The South African class action lawsuit was initiated on August 8, 2018 and is directed against Steinhoff International Holdings N.V., banks, auditors and former board members and supervisory board members of Steinhoff.

Together with further international experts such as the Dutch firm Bynkershoek Dispute Resolution, and with the backing of an initiative of institutional investors through the Foundation Steinhoff International Compensation Claims, TILP forms part of this joint and global loss recovery effort for aggrieved investors.

WHAT SPECIFIC STEPS CAN YOU TAKE NEXT?

TILP can provide you with an individualized damage assessment and recommendation on how to proceed with your claims. In order to do this, we ask that you send us all documentation relevant to your investment purchases. Once we have assessed your documents, we will provide you with a calculation of your potential damages, along with our recommendation and further available options on what measures can be taken. Of course, we also inform you of what costs are associated with each potential course of action.

This service is free of charge. 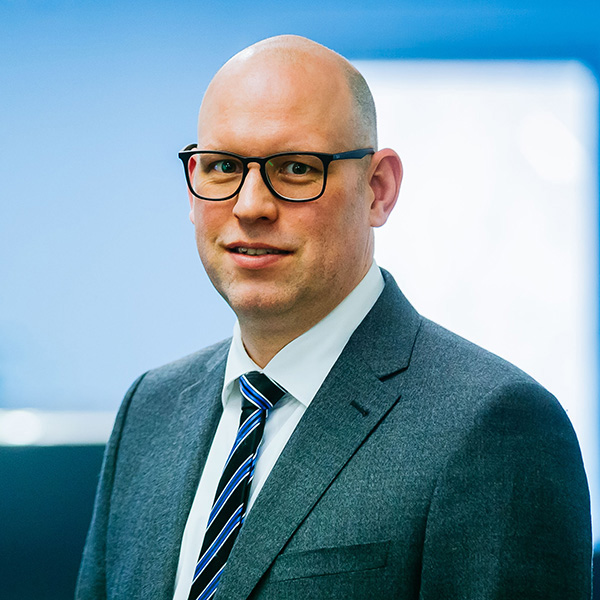 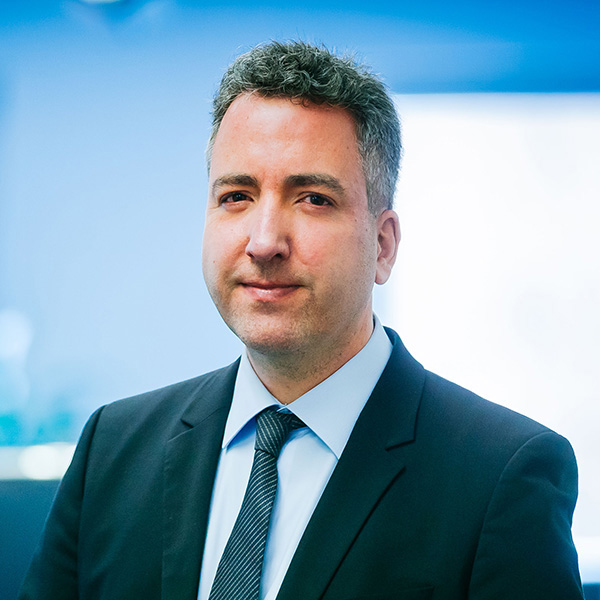 On December 5, 2017 at 9:44 p.m. Central European Time Steinhoff International Holdings N.V. (Steinhoff) published an ad-hoc announcement that shook the capital market. According to the announcement, the Steinhoff Supervisory Board received new evidence of accounting irregularities, which would need to be further investigated. Therefore, publication of the balance sheet has been postponed indefinitely. CEO Markus Jooste officially resigned from his position as CEO on Tuesday the 5th of December.

This announcement was met by the capital market with a significant drop in Steinhoff share prices to as low as 80%, causing a loss of billions within only a few days.

Steinhoff has previously faced speculation of balance sheet manipulation and questionable business practices. For example, the second largest European furniture company was said to have left its shareholders in the dark regarding rather large shifts among affiliates. Steinhoff however, has persistently denied these allegations.

In August of this year, Manager Magazin reported that the public prosecutors office in Oldenburg was conducting an investigation into the chairman of the furniture manufacturer as well into other persons of interest on the suspicion of accounting fraud.

Based on this report, Steinhoff published an ad-hoc announcement on August 24, 2017, denying the allegations made in the article by stating that the essential facts in the article were either wrong or misleading.

On September 18, 2017, Steinhoff informed the capital market by means of an ad-hoc announcement, of an action concerning accounting irregularities brought before the Commercial Court of Amsterdam. Steinhoff however, maintained its confidence that the lawsuit would be dismissed. On November 8, 2017 Steinhoff responded once again to a news report, this time from Reuters, stating in a press release that all accounting between GT Branding Holding and Steinhoff is done properly and according to IFRS rules.

Due to this history of denying accounting irregularity allegations, the news of the company’s irregularities in their balance sheets was met with even greater surprise by the capital market.

"In our legal opinion, Steinhoff could be held liable for substantial damages ranging in the billions due to false capital market information," states Marc Schiefer, Managing Director and attorney of the TILP Litigation Rechtsanwaltsgesellschaft mbH.

"If these allegations prove true, the company could also face prospectus liability for errors and omissions in their prospectus, in addition to the violation of ad hoc obligations under Art. 17 MAR,” continued Schiefer.

"In the present case then, we assume that potentially every Steinhoff shareholder can bring claims for damages, at least as of December 2015. Aggrieved investors, shareholders as well as bondholders, have the opportunity to extensively recover damages sustained due to these revelations, “adds TILP Litigation attorney Maximilian Weiss.

Investors from Germany and abroad have already made contact with TILP attorneys regarding their losses. As further evidence supporting the allegations becomes known, TILP recommends the aggrieved investors to take swift legal action against those responsible.

TILP has already been commissioned to examine the factual and legal situation. TILP will address potential claims for damages from private as well as institutional investors that have invested in stocks and other financial instruments of Steinhoff International Holdings N.V.TILP is currently examining the case facts such as published capital market information as well as company’s operating figures.